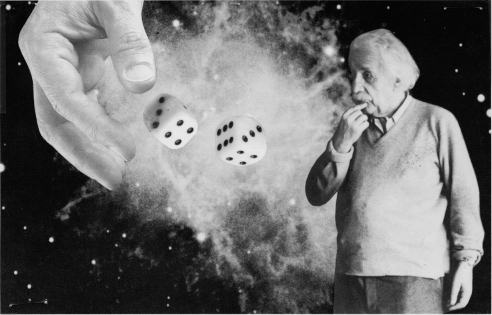 This universe of ours drives itself in certain pattern; in listen-easy language- our universe is governed by certain rules and laws. Science has got its own way to view and manipulate those regularities of phenomenon in the universe in its own abstract scientific theories and mathematical equations. These theories and mathematical equation that scientists use do not actually guide the natural phenomenon, they just help scientists manipulate and understand universe in their ease. All of mathematics and physics and other sciences are thus not natural masters but human artifice only. It wouldn’t make any sense to say that “all the natural phenomenon obey the laws of physics”. Its just that- natural phenomenon occur on their own, we even don’t know whether they are controlled or not; the only thing we know is that -they occur in certain patterns and regularities that we can precisely understand in terms of the mathematical equations and physical theories we have created. Equation thus don’t drive nature; nor do nature follows equations, nature moves on its own way and we have figured out regularities in it which we express in terms of equations, which in turn is easier for us to grab and manipulate.

Thus far our science has succeeded in explaining many occurrences in nature so precisely and accurately using all those equations. The theories, that have well established themselves in science, can very accurately describe and more importantly predict the outcome of any event on universe. Since we see that regularity is the basic observable fact of the universe which we describe with equations, our equations, with sufficient knowledge of present conditions, can accurately predict the outcome of any future/past events. We thus can conclude the occurrence of event in nature are not random at all. If it had been true that events were random our prediction would go wrong which has not been the case with actual and careful observations.

When I say events are not random I mean they actually are guided (they have regularity). People don’t often easily accept this. They argue that – “no I can do something random”. They say this and start to dance and then ask me “could your equation predict I would have danced?” The definite answer is “Yes”- my equations would have predicted you would have danced, not only would it have predicted that you would dance but also it could beforehand calculate the energy you spent in dancing, the movements you make and everything about the movement of each molecules in your body. What I lack just is sufficient knowledge about the initial condition of each molecules and accurate equations to describe them. The definite counter-attack is “you can’t collect enough information means you can’t predict it”. But the fact is -inability to collect all information is limitation of our human mind, nature has nothing to do with the inability of human mind, after-all “we are just an advanced breed of monkeys on a minor planet of a very average star. But we can understand the Universe”.

I have this graph of a typical network history(of fairly low bandwidth vs time). If we look at the download history it is not a straight line but rather a curve having seemingly random peaks and deapths. For a common view it might seem that the network download goes up and down randomly, seems that we can’t predict when the curve goes up, how long does it stay there and when does it fall!! but network history is purely man made event. We created network with the equations needed to explain it, with those we can predict the fall and raise of network fairly accurately but yet it seems that the network is random. So what seems random ain’t always random, there are equations to explain their behaviour. I don’t know where does god throw up a dice to determine whether to pull up the network graph or push it down. If we have sufficient information about micro conditions – like noises , etc. ,we would not need dice to determine when to pull up or push down the graph.

I sometimes stand near a busy crossroad, I see the vehicles passing by, blowing horns, each with their own speeds. There is absolute chaos. A bus comes, a motorbike overtakes, a red one comes this way another blue crosses the other way. Sometimes a heavy truck followed by a motorbike unable to overtake it, or sometimes f1 race among boys with pulsars. They try to convince me that traffic on busy crossroad are random and unpredictable, but the beauty of nature is consistency. There’s no discrimination whether it is a path followed by a photon or is it a busy crossroad, there is rule and they can’t be random.

2 thoughts on “Are events random??”